Independent Publisher v1.6 has been released. This release includes 1 new feature, 6 enhancements, 1 style change, 7 bug fixes, 3 new language translations (Spanish, German, and Czech), and an update to the French translation. There were 66 commits by 9 contributors!

This was a highly-requested feature that has finally made it in. If you use Full-Width Featured Images on your posts, you can now choose to display the title of the post overlayed on top of the featured image, instead of showing the title below the featured image: 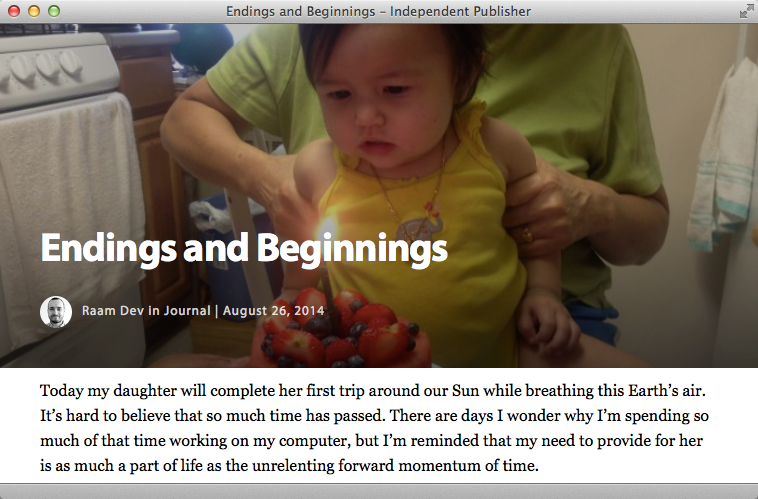 The post title itself fades out as you scroll down (see this post for a demo). Also, the post cover uses a DIV with the featured image set as the background, so if you want the post cover to take up 100% of the browser viewport (like Medium.com), you can easly do so by adding the following CSS to a child theme:

There are no changes to the behavior of the existing “Featured Image as Post Cover” option, so if you decide not to use this feature at all, nothing changes from the way Featured Images worked prior to this release.

Enabling this option on a per-post basis

There’s a new option in Dashboard → Appearance → Customizer → General Options that you can enable to have this setting ‘always-on’ when using a Full-Width Featured Image: 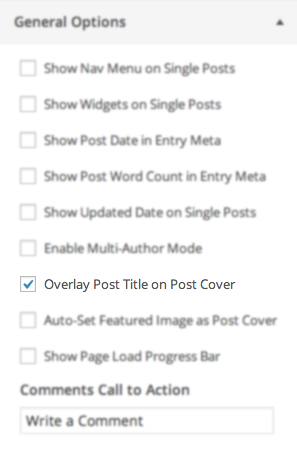 However, it’s also be possible to enable the “Overlay Post Title on Post Cover” option on a per-post basis, by creating a Custom Field on the Post with the key post_cover_overlay_post_title and the value true.

For example, the following code, which can be added to a Child Theme functions.php file, will use the highest (full) resolution available:

The complete changelog for v1.6: